Linda Robson and her son Louis 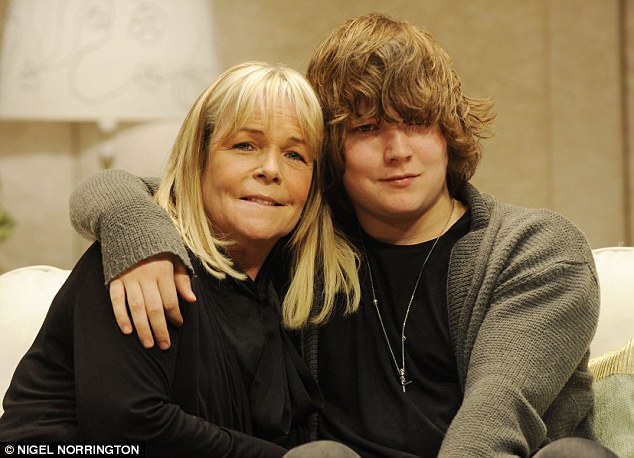 “One of the most incredibly talented and kind people I have ever met. Louis has an incredible mind. His talent as a lyricist and songwriter is one thing but his almost cellular ability to make music, play instruments and create music will make him an international star, of that I have no doubt.

Louis’ recovery from anxiety, panic and agoraphobia has enabled him to pursue his true calling and to become the person, son, performer and friend to me and The Linden Method that he has become.

You couldn’t meet a nicer family who have, like many families, been through some very unpleasant times, but they are so ‘together’, caring and special in so many ways.

There are millions of anxious young people across the world, experiencing what I experienced throughout childhood until I was nearly 27 and if I can prevent just one person suffering in that way, I will have done my job well.

Louis is anxiety free, yes, he did the Method, used the support and attended a Retreat, but his recovery is all down to HIM and him alone. “

“As an actress who’s worked in the business for over forty five years, anxiety has been something I’ve had to deal with for a very long time.

Anxiety is a normal part of my job.

The nerves I experience five minutes before appearing live on TV.

To be honest, I don’t know anyone in my world who hasn’t had to deal with anxiety in some shape or form.

Nerves are natural in my world. Nerves are expected when you do what I do.

What I was unaware of was that thousands –  if not millions – of people all over the world experience these same feelings of anxiety on a daily basis whilst living their lives.

The same feeling I’d get before performing in front of thousands of people others would experience in the check out queue in Tesco.

The same knot of nerves I’d have in my stomach before a live interview others would have whilst riding on the bus.

I was unaware that there were people in the world who suffered with anxiety disorders and panic attacks every day of their lives.

That was until my son became one of them.

My son was twenty when he suffered his first panic attack.

I’d heard of people having them before and just assumed it was a one off that would be forgotten and soon everything would be alright. I couldn’t have been more wrong and I wasn’t prepared for what would happen next.

Within days of his first panic attack my son was a prisoner in his own room. Through the fear of having another panic attack he developed agoraphobia, OCD and acute anxiety.

He locked himself away. He stopped eating. He stopped seeing his friends and couldn’t attend his big sisters wedding.

It felt like overnight everything had changed. My son had gone from a normal, independent young man to someone who couldn’t even leave the house without me or my husband. And things only got worse.

We tried everything. Doctors, Councillors, Phycologists, Therapists, Hypnosis, Meditation, EFT.  Nothing seemed to work. If anything it just made his anxiety worse.

After months and months of trying so hard but getting no results we almost lost hope. But then we found Charles Linden.
My husband and I stumbled across the Linden method online and after reading about Charles and his team and the work they did I have to admit that at first it sounded almost too good to be true. I, once again, couldn’t have been more wrong.

After countless Doctors trying to persuade us to give our son all sorts of medication and after every Therapist and Councillor he ever visited telling him he would need weekly sessions for the rest of his life here, at last was a Method that claimed you didn’t need any of this in order to become anxiety free.

And after countless “Ists” who’s understanding of anxiety went no further than a paragraph in a text book here at last was someone who really knew what our son was going through as he had been through it all and much worse himself.

We ordered the Linden method straight away and after my son read about what Charles had been through and what he had to say about anxiety we realised that we’d finally found ‘The Man’ … The Method  that could help get our lives back on track.

And now anxiety is nothing more than a memory.

My son is not only anxiety free but is living a fuller life than he ever has done before.

Our house is back to normal.  Our lives are back on track and the future is exciting once again.

We will never be able to thank Charles and his team enough for what they have done for us.

They are not just life changers they are life savers.

It scares me to think that there are people in this world suffering the way my son did who feel they have no way out.

Well there is a way out and it’s The Linden Method.

You are not alone. You are not helpless and no matter how dark the tunnel is in which you’ve found yourself you will inevitably find the light.

My son is living proof of that.”

or you can join the program HERE