Jodie Kidd: ‘I couldn’t set foot on the catwalk without having a panic attack’ – model reveals why she abandoned her glittering fashion career

By Olivia Buxton For The Mail On Sunday

When she burst on to the 1990s fashion scene at the age of 16, Jodie Kidd turned heads for more than just her ability to strut down a catwalk.

Her skinny frame took ‘lanky’ to the next level, and at one point, the 6ft 2in Jodie reportedly hit a BMI as low as 13.6, way below the recommended 18.5 threshold for a healthy weight.

She embodied the 1990s fashion ideal of razor cheekbones, jutting hips and impossibly slim limbs. And angry parents blamed her for inciting a trend of extreme dieting among young girls who dreamed of emulating her. 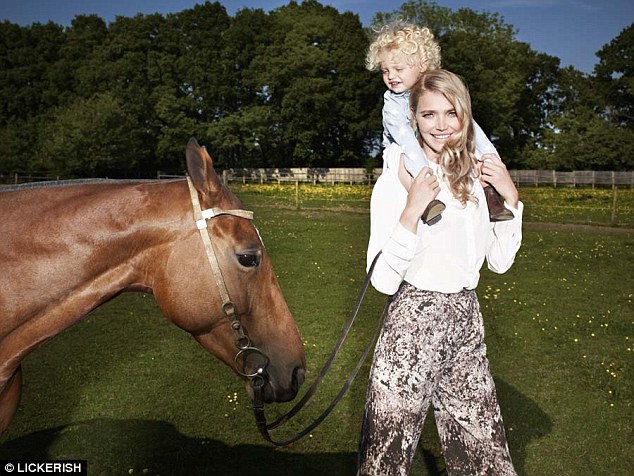 Former model Jodie Kidd has revealed that panic attacks made her quit her catwalk career (pictured, with her son Indio)

But then Jodie shocked the modelling industry when, at just 19, she suddenly disappeared from the spotlight.

For nearly 20 years her decision to abandon a glittering catwalk career has remained a mystery, but today, the 38-year-old reveals that it was crippling panic attacks which forced her to quit.

She says: ‘I have had anxiety my whole life and that is why I stopped modelling because I suffered terribly from it. It’s not performance anxiety – it’s full-on anxiety. I had proper wobbles when I was in my late teens and there was a lot of pressure in the fashion industry, which made things worse.’ 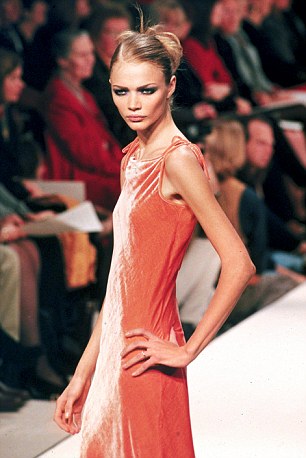 A panic attack has both physical and physiological symptoms, triggering the ‘fight-or-flight’ response. The brain perceives an attack on the body, and sends out nervous signals triggering a release of adrenaline, elevated heart rate and muscle tension.

During a panic attack it is also common to suddenly feel nauseous and/or gripped by fear.

Jodie admits: ‘I had no idea what a panic attack was but I was getting heart palpitations and sweaty palms and was getting very, very uncomfortable in very normal situations.

‘I had to stop. I could be backstage about to go on the catwalk or even doing something as ordinary as doing the weekly shop and I’d panic. I knew I couldn’t walk down another catwalk again.’ 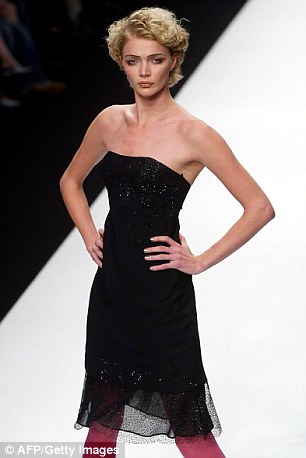 Jodie burst onto the fashion scene as a model aged just 16 in the 1990s, turning heads with her tall frame and sculpted cheekbones

She was put on anxiety medication beta-blockers, which inhibit the effects of the body’s stress hormones to reduce or eliminate the physical symptoms such as heart palpitations, sweating and panic attacks. However, the medications have a number of side effects including depression, nausea, insomnia and loss of libido. Jodie says: ‘People had no idea what the hell was going on with me.’

Feeling anxious from time to time is not unusual, but for some people it has a detrimental effect on daily life. That is when it becomes a disorder – one that affects more than three million people, according to Anxiety UK.

NHS research indicates the condition is on the rise among young women in particular, with over a quarter aged 16 to 24 – more than three times the rate for men of the same age.

However, despite the rising numbers, in 2014 only 37 per cent of adults suffering from anxiety or depression in England sought or received some form of mental health treatment. 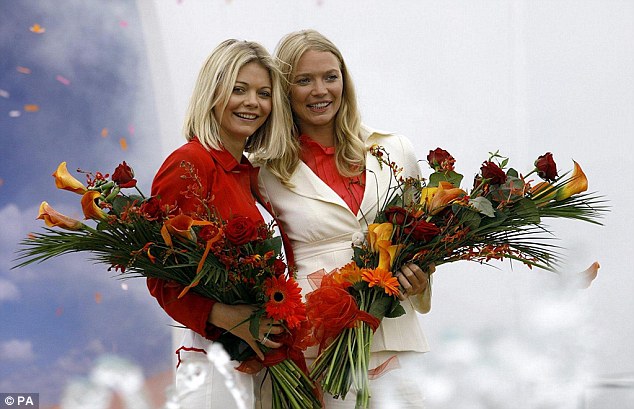 To tackle her panic attacks Jodie turned to a programme created by life coach Charles Linden, which was recommended to by her sister Jemma (both pictured)

While one person in ten experiences a panic attack at some point, one in 50, including Jodie, suffers them on a regular basis, which is known as a panic disorder. These regular, recurring panic attacks can happen for no apparent reason and out of the blue.

Initially Jodie had planned to leave catwalks for a year while she tried to get her condition under control, but a brief return to the pressure and public eye left her in little doubt that she was still struggling, and she had to admit defeat.

Now older and wiser, Jodie, who has a four-year-old son, Indio, confesses: ‘I can understand what is going on with my body now and I can recognise the signs, but 15 years ago I thought I was going mad.’

She turned to a self-help specialised anxiety recovery programme created by life coach Charles Linden. He was recommended by Jodie’s make-up-artist sister Jemma, 40, who has also suffered from panic attacks.

Jodie says: ‘I learned from The Linden Method, and from that moment onwards I have been able to cure myself. Touch wood – I have not had a panic attack for years.

I can understand what is going on with my body now and I can recognise the signs, but 15 years ago I thought I was going mad.
Jodie Kidd

‘I have done well to recover but there are people with anxiety who sit at home and are unable to leave their house.

‘It is very easily dealt with if it’s done in the right way, which is why I have decided to talk openly about this for the first time.

‘It helps being honest about it and if someone reading this says “This is what I’ve got”, then the fact they can acknowledge that, and hopefully then do something about it, means the world to me.’

Jodie feels so strongly about trying to use her personal experience to help others that she is hoping to raise £200,000 for Help For Heroes, which has a Hidden Wounds mental health service and raise awareness for mental health by completing five extreme sports challenges around the world.

Challenge Kiddo will see her cycle 567 miles and climb 19,600ft. She completed an ascent of Mount Kilimanjaro last week, along with wounded veterans. She says: ‘It is a cause close to my heart. I had a very good friend who was injured and Help For Heroes were amazing to him. 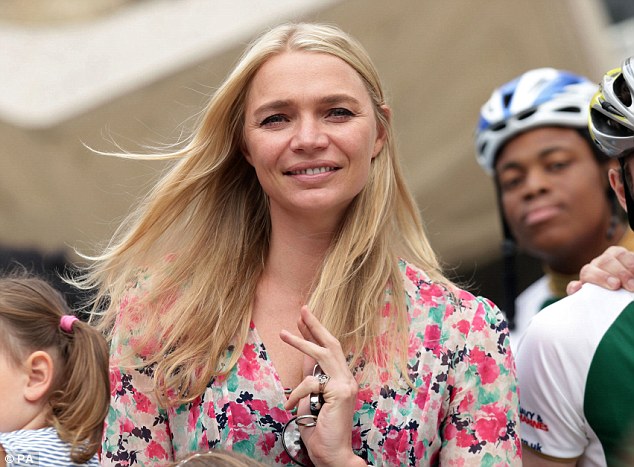 Jodie is now hoping to raise £200,000 for the Help For Heroes Hidden Wounds mental health programme

‘We are losing a lot of ex-soldiers to suicide. I don’t think enough people are aware of the accompanying issues of mental illness, and in particular anxiety and depression. I don’t think the ex-servicemen should suffer in silence or be embarrassed.’

For Jodie, getting into shape to face the challenge hasn’t been all plain sailing. ‘The training is full-on, and early on I got an injury doing one of our events. I tore a ligament in my knee and I missed about three weeks of vital time, so I am quite far behind.

‘At the moment it is a case of trying to play catch-up. I have had physio for my knee and lots of strapping up, which has been very annoying, but after the event we go on to our next level of physio and I’m just hoping I won’t have to have surgery.’